2022 has brought us a range of excellent football boots for players of all levels. From professional footballers to enthusiastic amateurs, there are models on the market that not only provide excellent comfort and durability, but also style and performance on the pitch. Here are some of the best football boots of 2022 to consider when choosing your new footwear for the season. 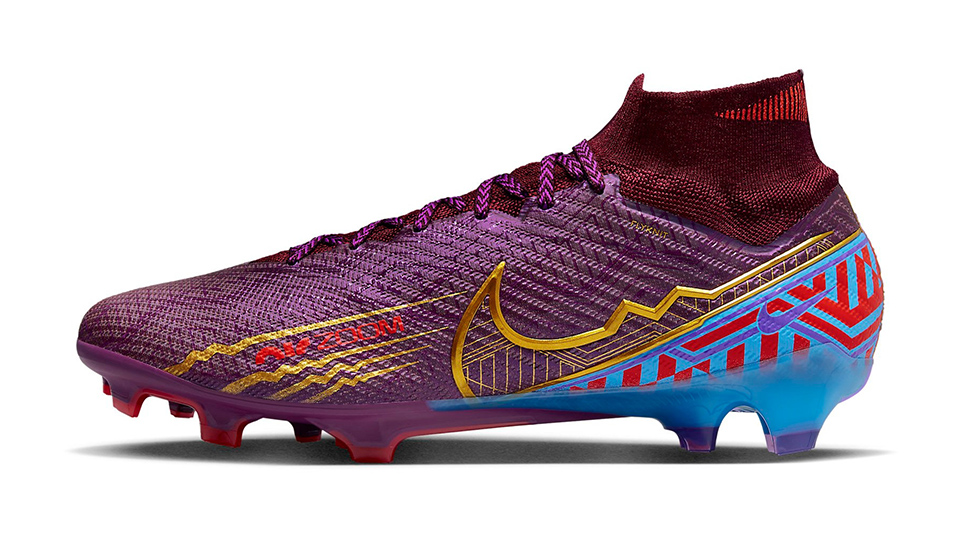 Like almost every year, the Nike Mercurial has its place in the list of the best football boots of the year. Nike certainly hasn't skimped on innovation for the Vapor 15 and Superfly 9, the new upper with Vaporposite+ technology provides lightweight and customizable support, while the special Zoom Air sole has a nice “bounce-back” and studs for better traction, allowing for quick changes in direction. These boots are also designed with player comfort in mind, with a removable insole for easy maintenance and a soft sole for a comfortable fit. The Nike Mercurial Vapor 15 is easily one of our favorite boots of 2022. 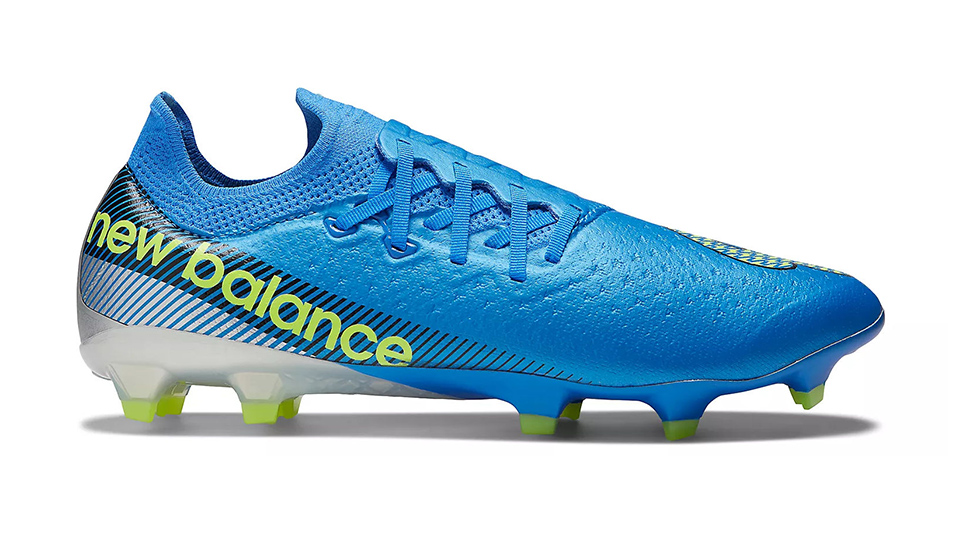 Probably the biggest surprise in the football boots world for us were the models from New Balance. The Furon v7 model pleased us with its high-quality synthetic upper, which almost imitates the properties of leather, off-center lacing improves contact with the ball when shooting, and the excellently fitting construction wraps around the leg. 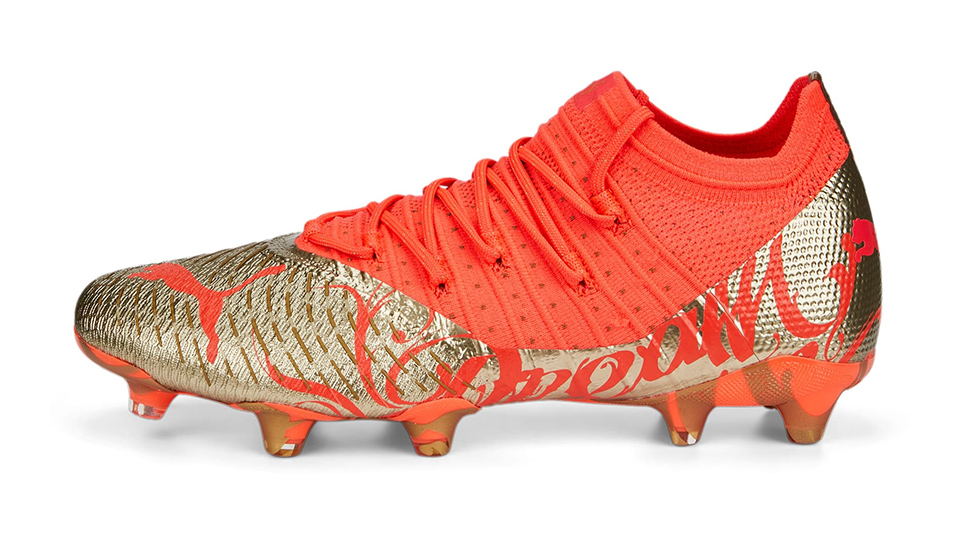 We''ve been praising the Puma Future Z 1.4 soccer cleats for some time now, as they are some of the best-fitting boots ever. Smart lacing and compression bands around the instep wrap perfectly around the foot and guarantee fantastic contact with the ball. Our favorite combination was the one used by Neymar Jr. at the World Cup in Qatar, inspired by his "Dream Chaser" tattoo. 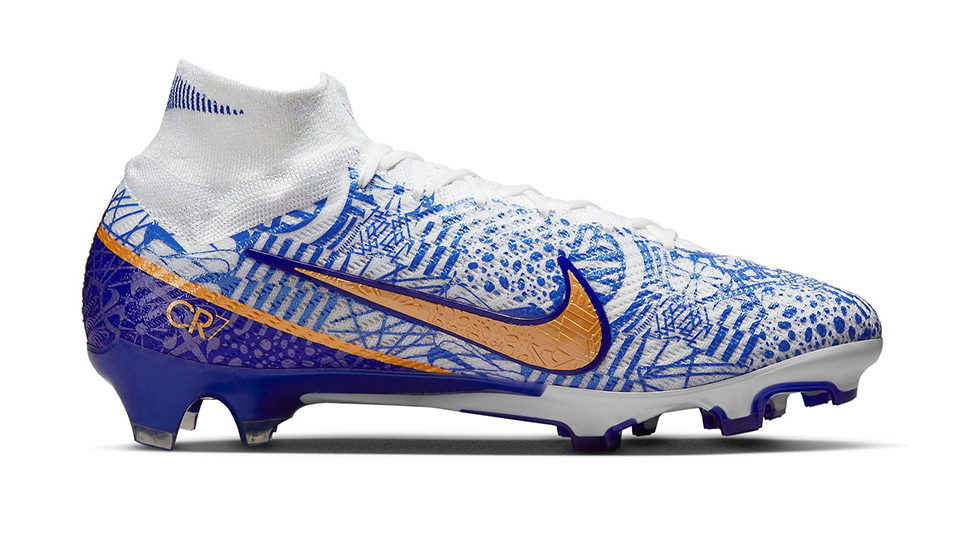 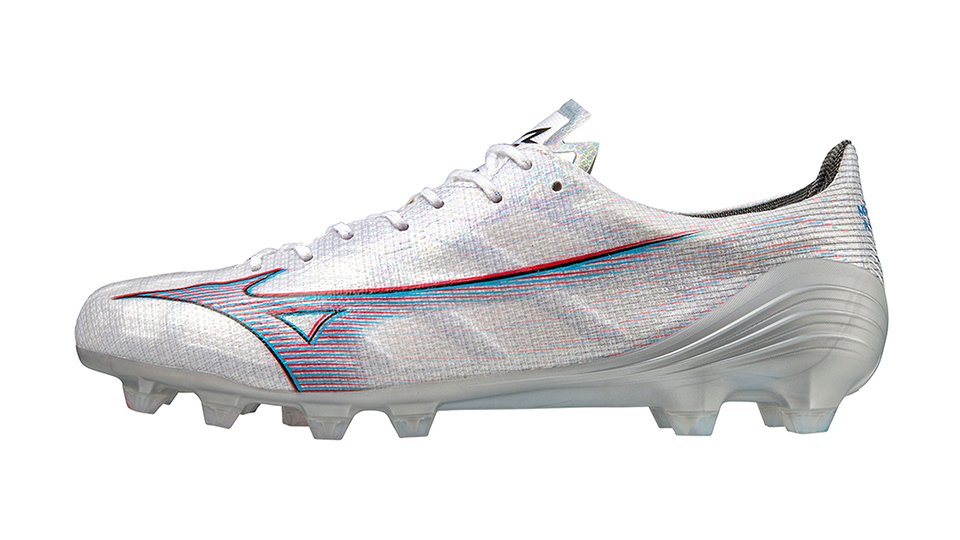 The Japanese brand Mizuno presented its first synthetic football boots at the end of 2022 and they certainly did not disappoint us. From the first look, you can tell that Mizuno really cares about quality and has no intention of cutting corners. Extra light, comfortable, and a great touch on the ball, the Mizuno Alpha may be the first boot of its kind from the Japanese masters, but it's without a doubt on our list of the best boots of the past year. You'll find another version of Mizuno Alpha here. 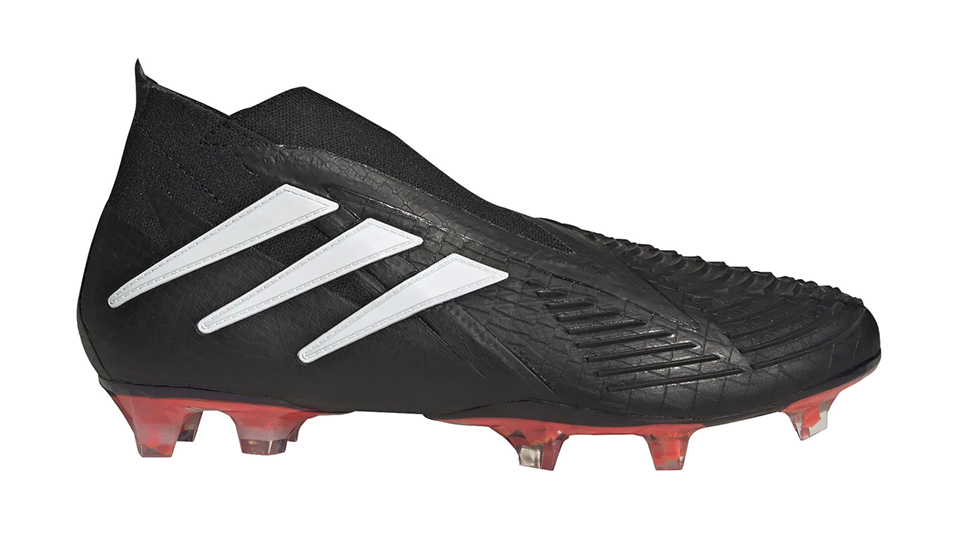 The biggest boot fanatics probably already realized that the look of these boots was taken from the adidas Predator 94 model. The Predator Edge 94+ won us over mainly with its soft leather upper, which is a drastic improvement over the synthetic materials used in the classic version of the Predator Edge. 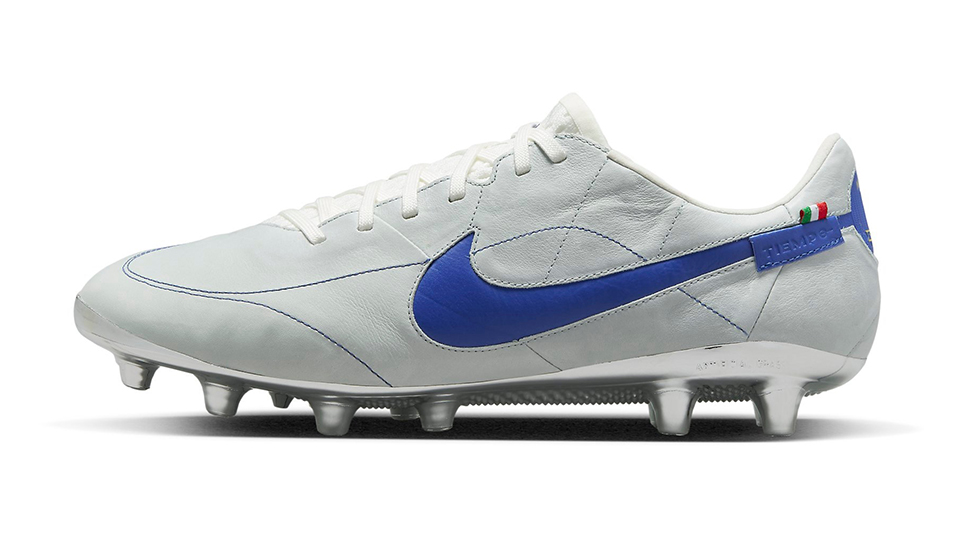 Premium quality leather, exclusive production in Montebelluna, Italy, and the same design as Pirlo's 2006 World Cup-winning boots, what else is there to say? Every team needs its midfield maestro and these boots were made just for them. 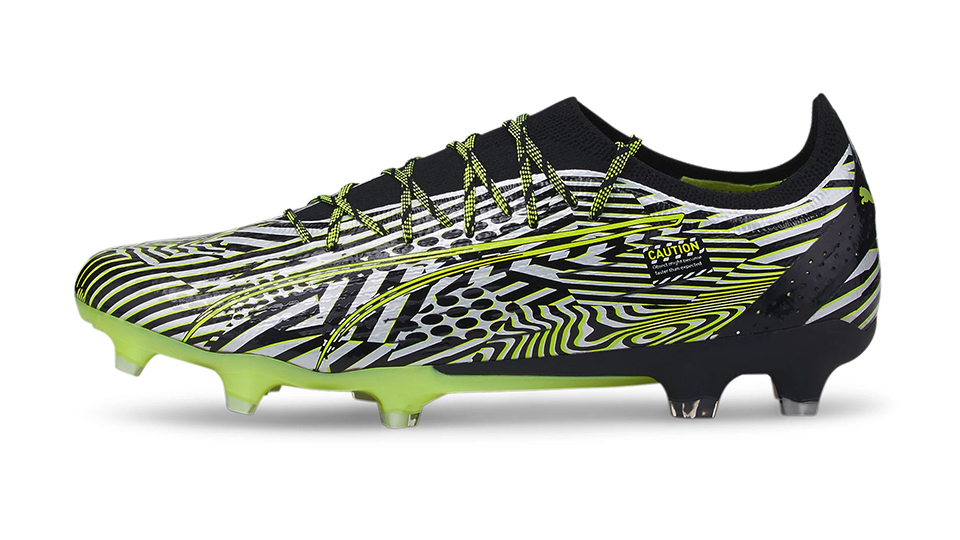 The second model from Puma is primarily focused on one feature - SPEED. The lightest football boots on the market with only 160 grams definitely surprised us with their comfort, even players with a high instep will be satisfied. With a thin upper made of ULTRAWEAVE material, the touch on the ball is almost like being barefoot. The Puma Ultra Ultimate is an excellent pair of boots if you are looking for a quality speed shoe, cheaper than the competition. 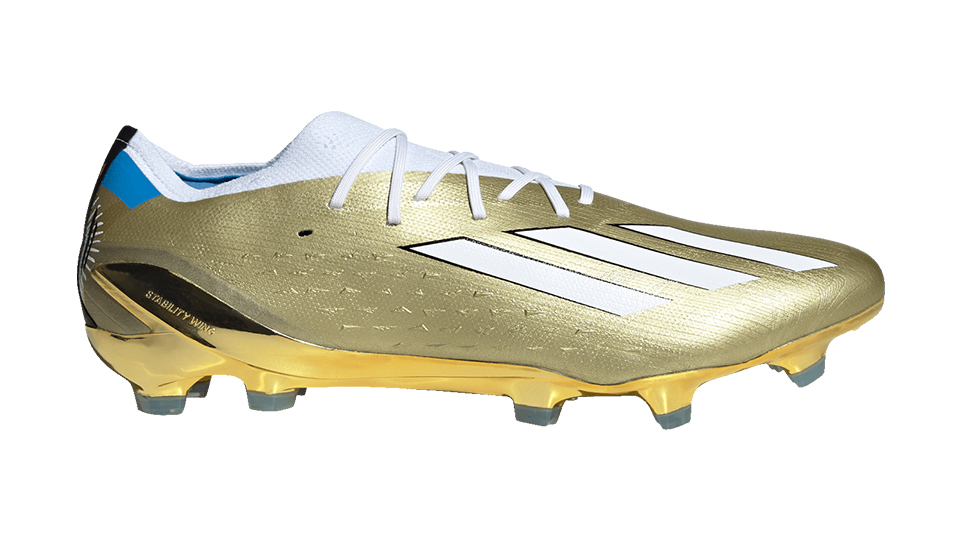 In the list, we cannot leave out the football boots that were present at the birth of the historical moment during the biggest football tournament of the past year. The adidas X Speedportal Leyenda football boots accompanied the Argentinian star Lionel Messi at the World Cup in Qatar and lifted the most valuable trophy with him. Check out all of Messi's boots. 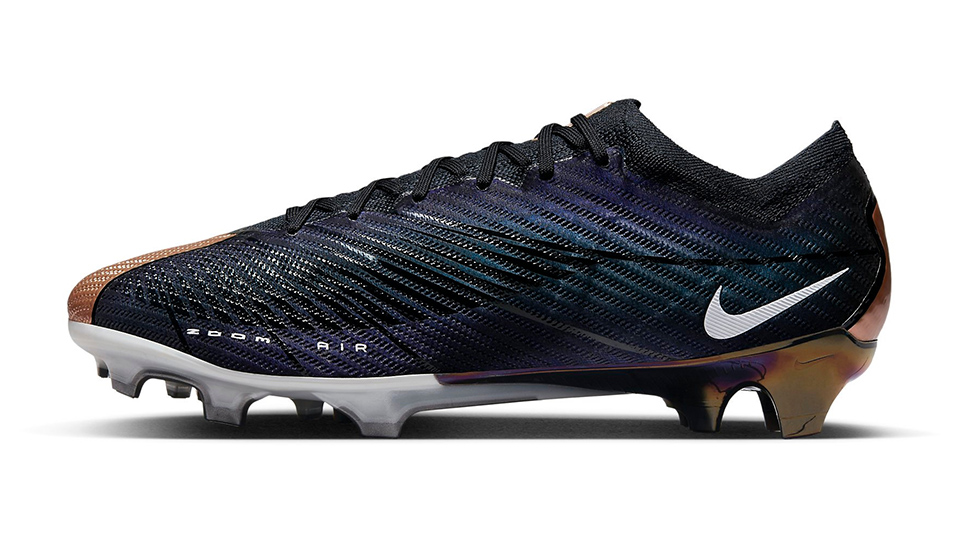 The third and final colorway of the Nike Zoom Mercurial on our list is inspired by the Air Zoom Mercurial VT model from 2002, in which Brazil's Ronaldo was playing during his prime years. 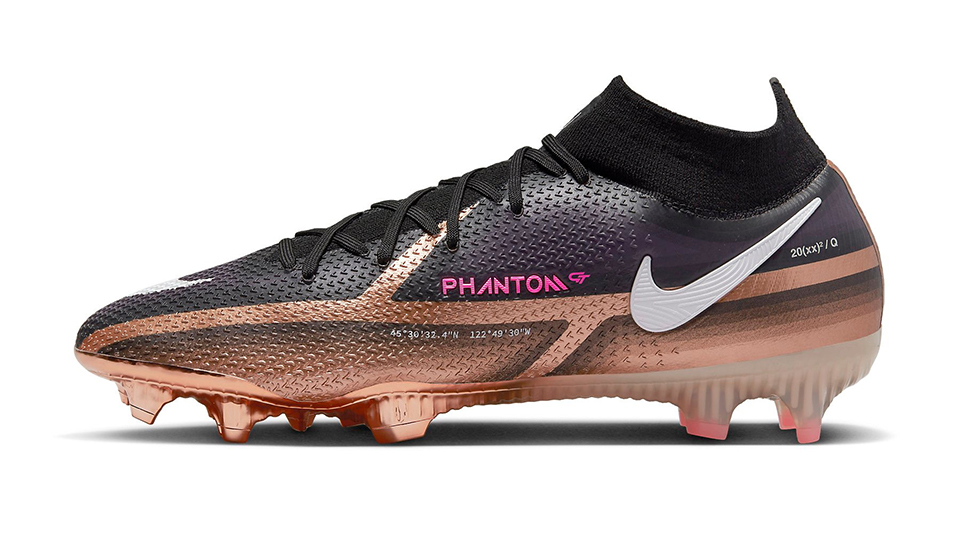 One of the best boots of the year was the Nike Phantom GT2 Elite model. These football boots boast innovative technologies that increase the accuracy and power of every kick. They feature a raised pattern on the upper that provides a grippy feel on the ball, allowing you to easily turn and change running direction with the ball. We can recommend the Nike Phantom GT2 to creative players or simply to anyone who prefers control over everything else. 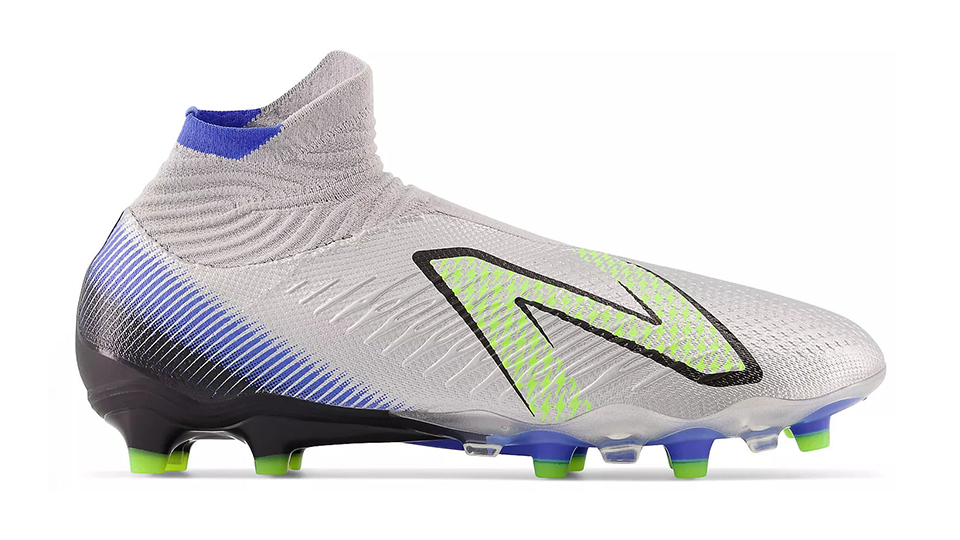 New Balance received a second mention on our list. The Tekela v4 is a very overlooked pair of boots, but they are perhaps the best laceless boots of the past year. Recently, we have had trouble finding a pair of laceless football boots in which our feet would not "slide". But New Balance handled this problem fantastically. The upper is made of high-quality synthetics and the elastic material on the instep, which is strong and flexible, will fix your feet tightly in the boot. After putting on the Tekela v4, you'll feel like you don't really need laces anymore. 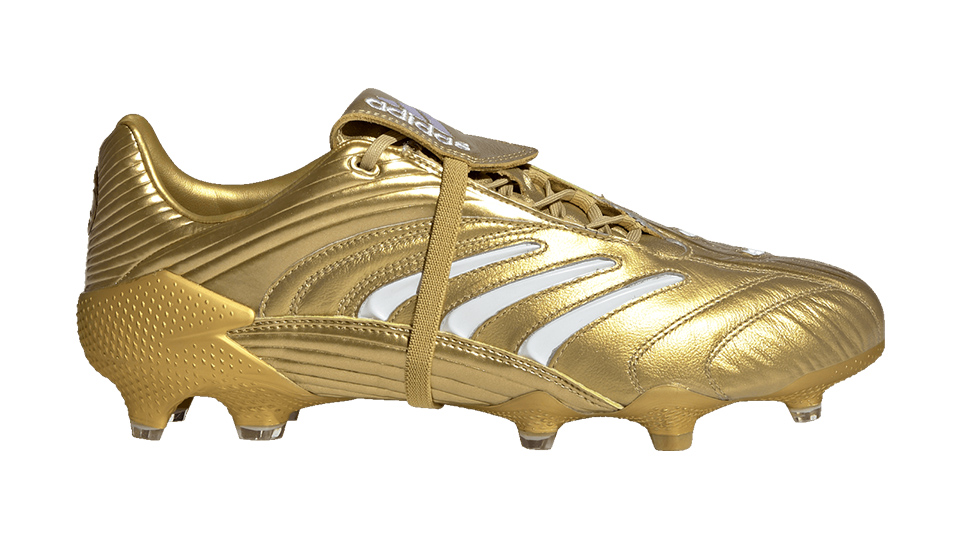 2022 was marked by hype drops and many of them had a retro feel. adidas Predator Absolute was no exception. These golden boots were first seen at the 2006 World Cup on Zinedine Zidane, who also ended his rich career in them. We just quietly envy those who managed to get these beauties in time.

Which football boots were your favorite? We still have many of the aforementioned pairs in stock, so don''t hesitate to get at least one for yourself! These are mostly limited editions so stocks are very limited!

The precision revolution is here in the form of the new Phantom GX football boots from the Nike Blast Pack collection.

The year 2022 gifted us with a number of fantastic football boots. We have made a summary of the very best for you, so…